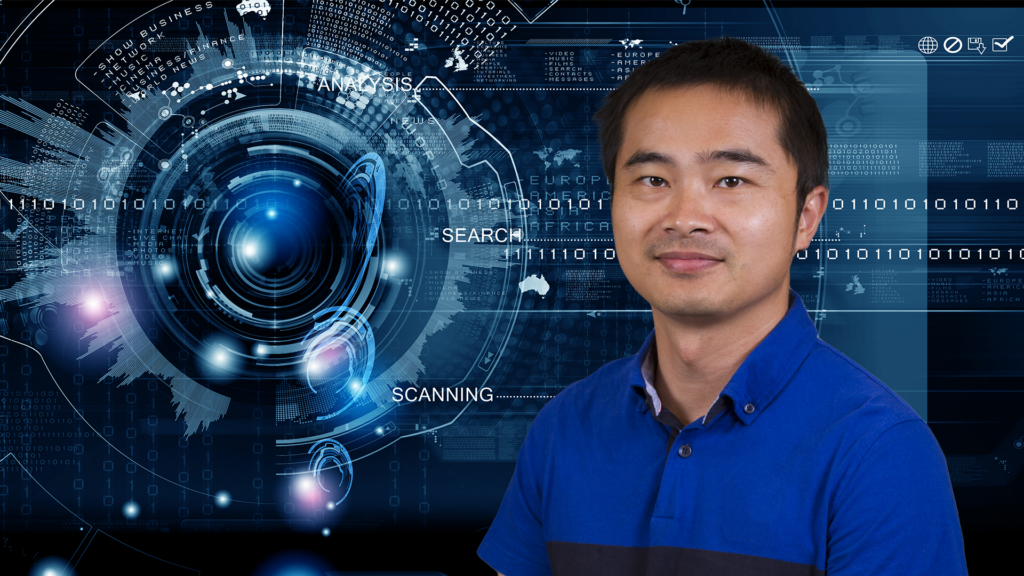 Assistant professor Houlong Zhuang’s career has just begun, but he has already established himself as a prolific collaborator and a force for change in many different fields of engineering.

Zhuang has developed molecular dynamics simulations to investigate the phenomena that occur in experiments at an atomic level. As these simulations can complement so many different types of research, his input on a wide variety of experiments is eagerly sought.

Since his research lends itself to collaboration, it only makes sense that Zhuang would seek a fellow position at Scialog, an institution dedicated to breaking down barriers and building community between disciplines.

Scialog, sponsored by the Research Corporation for Scientific Advancement, supports research, intensive dialogue and community building to address scientific challenges of global significance. Fellows participate in multiyear initiatives to collaborate in high-risk discovery research on untested ideas after identifying bottlenecks. This process is guided by senior scientists recognized as world-leading researchers in their area of focus. Ultimately, the goal of Scialog is to advance human knowledge by empowering a national community of early career scientists to tackle multidisciplinary problems.

The focus area of Zhuang’s program is Negative Emissions Science, cosponsored by the Alfred P. Sloan Foundation, with additional support from the Climate Pathfinders Foundation and ClimateWorks Foundation. This program’s goal is to allow negative emissions technologies to become efficient, affordable and scalable.

After two days of Scialog programming, Zhuang met other fellows to identify possibilities for collaboration. He teamed up with two researchers, Assistant Professor Yayuan Liu of Johns Hopkins University and Neubauer Family Assistant Professor of Molecular Engineering Chibueze Amanchukwu from the University of Chicago. Liu and Amanchukwu are running the experiment while Zhuang will run computational simulations investigating the mechanisms of ionic liquid molecules on charged surfaces for reversible capture and release of carbon dioxide.

The group put together its proposal during the final day of the conference, and was awarded a $55,000 grant to conduct their research project titled “Surface charge-induced CO2 solvent regeneration via free volume manipulation.”

Zhuang’s achievements certainly don’t stop there. He was also named a fellow of the International Association of Advanced Materials, or IAAM. The organization confers this notable distinction upon researchers to recognize their important contribution to the advancement of materials science.

IAAM selects their fellows using scientific databases to review significant contributions of individuals in materials science and engineering. The leading scientific contributors are then invited to file for the title of fellow. Once submitted, a scientific committee reviews the nominations and selects researchers to submit abstracts for their Fellow Lecture. Zhuang’s lecture was titled “Alloy Design in the Information Age and Beyond.”

Though Zhuang does not know who nominated him for the award, he is heartened to have received the honor among colleagues he admires.