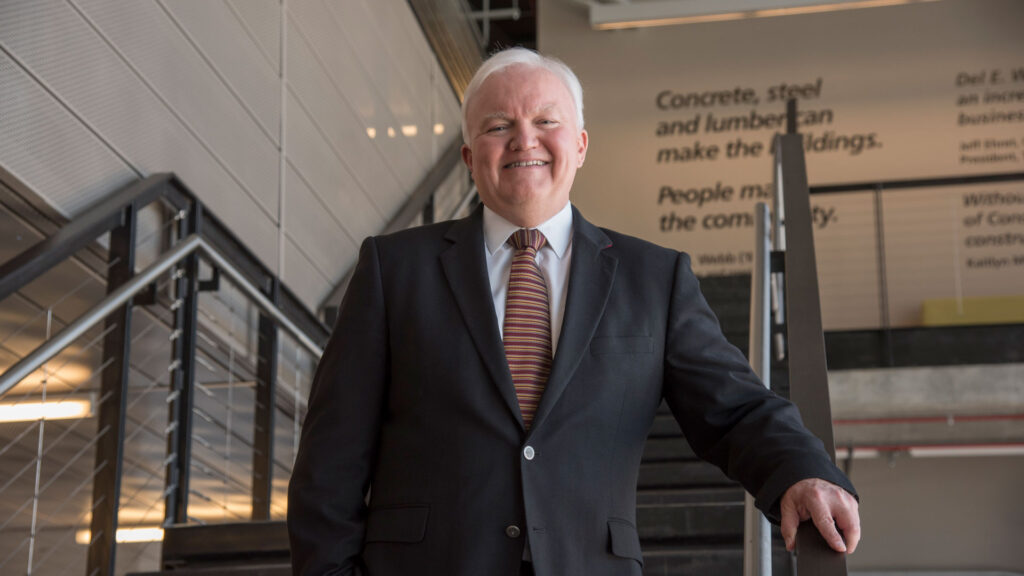 The Construction Industry Institute, or CII, is a research consortium of more than 120 companies that own and construct facilities globally, including widely known organizations such as Exxon, DuPont, Bechtel, Kiewit, and the U.S. Department of Energy. The institute was founded on the idea of a three-way partnership among owners, contractors and academia. The academic participants oversee and provide unbiased research and implementation guidance to the owners and contractors completing in-the-field work. On the other hand, the first-hand knowledge from the owners and contractors provides access to data and guides the basis for future industry research for the academic community.

“In its 39 years, CII has funded several hundred research projects at different universities and developed many concepts that have enhanced the industry,” says Gibson, a former director of the School of Sustainable Engineering and the Built Environment, one of the seven Ira A. Fulton Schools of Engineering. “I have been fortunate in that I have had 13 research projects funded by CII since 1991, with the most recent project completed in 2019.”

The Richard L. Tucker Leadership and Service Award is named after Richard L. Tucker, who founded CII in 1983. It is a recognition given to a single individual each year who has “contributed significantly to the advancement of the CII mission and to the success of CII as an organization.” CII’s mission is to “provide a research and development platform to create and drive innovative solutions that tangibly improve business outcomes through an academically based, disciplined approach.”

Close to 10 individuals nominated Gibson for this honor, an impressive number of nominations that is a rare occurrence, according to the CII. Some of those nominations came from colleagues such as fellow ASU Associate Professor Mounir El Asmar and even an endorsement from the namesake of the award, Richard Tucker. 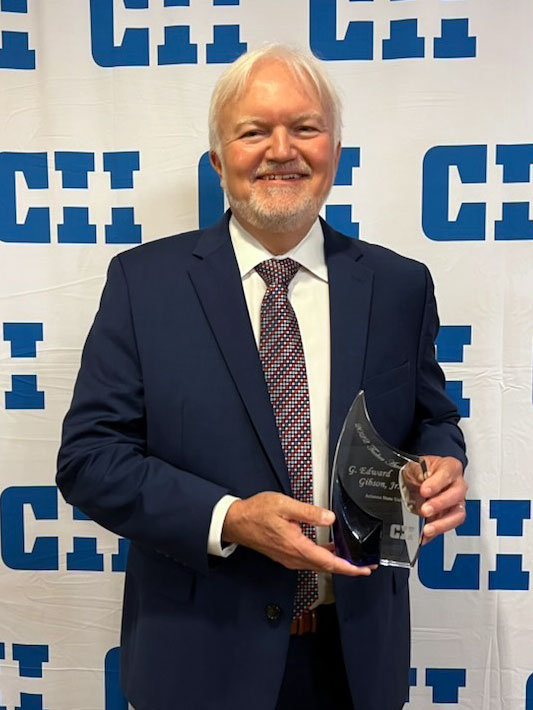 “Certainly, when I hear that a number of individuals have nominated me, it is humbling,” Gibson says.  “I have worked with several hundred industry professionals through CII and being nominated by a number of those folks tells me that perhaps I was doing the right thing. Frankly, the honor was mine in getting to know and work with so many people, developing a number of long-lasting friendships across the years.”

He adds that he sees Tucker as a legend in the construction industry and that he will be forever grateful that he was fortunate enough to have him as a mentor for several years when he first entered academia.

“The Tucker Award is a recognition by peers that my leadership and contributions to CII have added tremendous value toward improving capital effectiveness in the national construction industry — it is a great honor,” Gibson says.

Even more impressive, this is not the first Tucker Award granted to Gibson. In 2020, he was selected by the National Academy of Construction, or NAC, to be the first recipient of the Richard L. Tucker Outstanding Service Award, named after the same individual as CII’s Tucker award. He is one of two individuals to receive both recognitions.

Gibson has been very active in NAC, focusing on moving the industry forward, fundraising and establishing a national scholarship program — all actions that earned him praise.