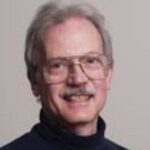 Emeritus Professor Leonard “Aryeh” Faltz passed away on December 8, 2020. He taught at Arizona State University from 1979 until his retirement in 2005, first in the English Department and then in the Department of Computer Science/Engineering.

His publications consist of Reflexivization: A Study in Universal Syntax, and The Navajo Verb: A Grammar for Students and Scholars, as well as Boolean Semantics for Natural Language, published with E.L. Keenan. Faltz also wrote many journal articles and conference papers.

After retirement, Faltz taught linguistics and mathematics at ASU and Scottsdale Community College. He spent his summers helping to preserve the Navajo language with the Navajo Language Academy in Window Rock, Arizona.

Due to COVID restrictions, a memorial service will take place at a later date.