Nominate faculty for the Daniel Jankowski Legacy Award by January 29 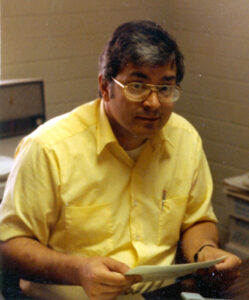 Do you know a faculty member in the Ira A. Fulton Schools of Engineering whose combined contributions in teaching, research and service are meritorious and have significantly contributed to the advancement of the Fulton Schools? Recognize their achievements by nominating them for the Daniel Jankowski Legacy Award.

The award recipient will be selected by a faculty committee that will consider those individuals who have demonstrated sustained, exemplary performance in three areas over a significant period of time:

The award was established in 2001 to honor the distinguished academic career of Dr. Daniel Jankowski who was a professor for 40 years in the College of Engineering and Applied Sciences (now the Ira A. Fulton Schools of Engineering). Unfortunately, Dan passed away recently.

The award consists of a plaque and a stipend and will be presented during the Spring 2021 Engineering Convocation Ceremony. Any current tenured faculty in the Fulton Schools is eligible for the award.

Submit your nomination by Friday, January 29, 2021, to Joseph Palais, Award Committee Member, at joseph.palais@asu.edu. Each nomination should be accompanied by a statement indicating why the nominee merits consideration.