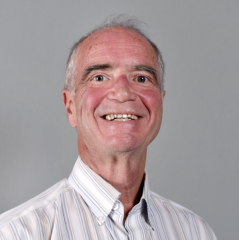 Charles Colbourn is the recipient of the 2019 Stanton Medal from the Institute of Combinatorics and its Applications, or ICA, for his lifetime contributions to the discipline of combinatorics. The medal recognizes Colbourn’s efforts in support of combinatorial design theory through advocacy, outreach, service and teaching.

Combinatorics is the mathematics of counting and arranging. It applies mathematical insight to count quantities too large to be counted in conventional manners and is especially useful in computer science. Combinatorial methods can be used to estimate how many operations a computer algorithm will require, for example.

Colbourn’s current research focuses on the uses of combinatorial designs in testing and evaluating large-scale engineered systems of interacting components. In his work, he explores areas which combinatorics and computer science interact in an elegant way.

His extensive research records includes more than 360 refereed journal papers, over 100 conference papers and three books on combinatorics. He is a founding editor of the Journal of Combinatorial Designs, the main research journal in the area. Over his career, he has advised 25 doctoral students.

“The biggest impact [of my current work] is on algorithmic and computational methods for the construction of combinatorial designs targeted at applications in coding theory, communications and experimental design,” says Colbourn.

When asked about his contributions to the field, Colbourn says it is not up to him to say what in his career has made the most influential. However, his work on the first and second editions of the Handbook of Combinatorial Designs, which he edited with Jeff Dinitz at the University of Vermont has been a staple in the discipline. The text is now widely considered to be an indispensable reference by researchers in design theory.

The ICA is an international scholarly society that was founded in 1990 by Ralph Stanton for the purpose of promoting the development of combinatorics and of encouraging publications and conferences about its applications.

Colbourn, who is a Foundation Fellow of the ICA after joining the society at its inception, was awarded its Euler Medal for lifetime achievement in research in 2003.  He is the first individual to be awarded both medals by the ICA.

“This honor makes me feel fortunate to have an excellent international research community to work with,” says Colbourn.