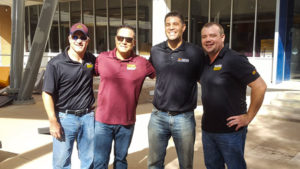 Thank you to everyone who took part in the 2017 Cornhole Tournament, cheered on the players or bought tickets for the 50/50 raffle, which raised $410 for United Way.