A research paper co-authored by Ravi Prasher, Prajesh Bhattacharya and Patrick Phelan has racked up an exceedingly high number of citations in a leading journal covering the field of thermal sciences.

Phelan is a Fulton Schools professor of mechanical and aerospace engineering. Prasher and Bhattacharya earned their doctoral degrees in mechanical engineering under Phelan’s guidance. 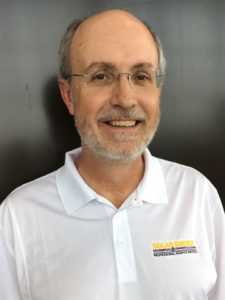 Their article, “Brownian-Motion-Based Convective-Conductive Model for the Effective Thermal Conductivity of Nanofluids” published in 2006 in the Journal of Heat Transfer, has been recognized by Google Scholar on its list entitled “Classic Papers: Articles That Have Stood the Test of Time.”

Phelan says the paper describes one of the first models to explain why the apparent thermal conductivity of “nanofluids” — liquids that contain a large number of suspended nanoparticles — is higher than what would be expected from existing theory. Such positive thermal properties make nanofluids attractive for thermal applications, he explains.

The paper has gotten 434 citations.

According to the Web of Science citation indexing service, in 2006 the Journal of Heat Transfer, a publication of the American Society of Mechanical Engineers, published 144 articles.

Collectively those articles were cited 3,992 times — an average about 28 citations per article. So, with 434 citations, Phelan’s paper has had more than 15 times the average number of citations for the articles published by the journal that year.

Most significantly, that is a high enough number to strongly indicate that the findings reported in Phelan’s paper are meaningful enough that other researchers are continuing to rely on them as a basis for informing and guiding their own work.

Nanofluids research has exploded in recent years, Phelan points out. He says a recent search in the Web of Science for “nanofluid” yielded a total of more than 6,900 articles, with 1,446 published in 2016 alone.