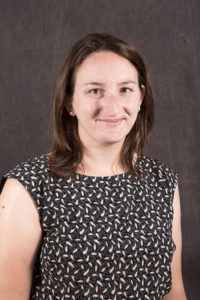 Assistant Professor Samantha Brunhaver earned the “Best Educational Research and Methods Paper Award” from the American Society for Engineering Education. This marks the first time a researcher from Arizona State University has been awarded the distinction.

“There are many previous Best Paper Awardees whose work I really admire, and I feel honored to join their ranks,” said Brunhaver of the award.

The paper, titled “Measuring Students’ Subjective Task Values Related to the Post-Undergraduate Career Search” describes the development of an instrument to measure students’ attitudes and beliefs related to securing their first job post-graduation, according to Brunhaver.

“Prior work in this area tells us that most engineering students struggle with career indecision before graduation, either because they still don’t understand what being an engineer and doing engineering work means, or because they don’t feel prepared enough to be successful,” says Brunhaver, a faculty member in the Polytechnic School. “This instrument, grounded in an expectancy-value motivational framework, is meant to help researchers, educators and career service professionals to identify and address these feelings in students.”

“My co-authors and I set out with two goals: to showcase current best practices in instrument development, and to help better support engineering undergraduate in their career search. It is encouraging that the field also recognizes these issues as important.

The paper is part of a National Science Foundation-funded study known as the Professional Engineering Pathways Study, which examines retention of engineering graduates in engineering career fields. Brunhaver serves co-principal investigator on the study, along with Matusovich, Sheppard and Streveler.

Brunhaver will receive the award at the ASEE’s annual conference in June.