Tune in to Haynes interview on national radio science show 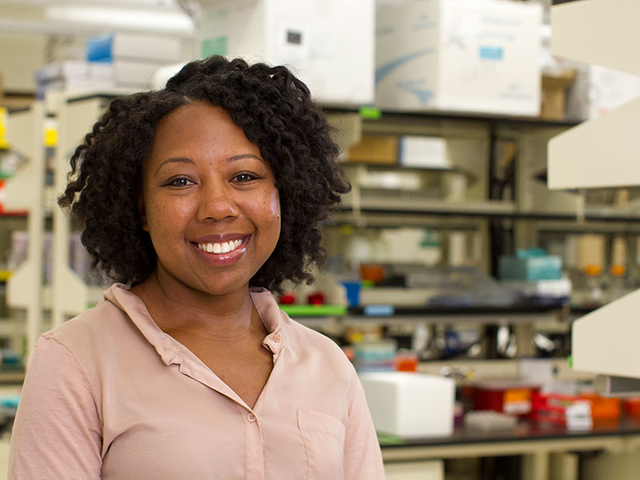 The popular “Science Friday” radio program will feature a segment about a powerful new tool for cell engineering, CRISPR technology, that will include an interview with Karmella Haynes, Fulton Schools assistant professor of biomedical engineering, whose expertise is in synthetic biology.

The Public Radio International show airs locally from noon to 1 p.m. Fridays on the National Public Radio affiliate station KJZZ 91.5 FM. You can listen to programming at the website kjzz.org

Haynes says one of the “Science Friday” producers contacted her to ask about recent developments in synthesizing human chromosomes.

“I mentioned our lab’s work on CRISPR and I forwarded our paper to him. We discussed the findings and he invited me to speak on the show,” she says.

The paper, published this month in the journal ACS Synthetic Biology, is based on a discovery by Haynes’ lab team of an underlying cause of CRISPR failure: a special system that coils up DNA in human cells, as well as in other animals and in plants.

“This coiling makes the DNA difficult for CRISPR to gain access to,” Haynes says.

Her team also found that uncoiling the DNA improves CRISPR activity — a discovery that could have a major impact on the new technology.

Her lab’s research focuses on engineering DNA-coiling, not on CRISPR. The research described in the paper started with “a hunch that DNA-coiling might interfere with CRISPR, as is the case for other approaches that are used to control genes,” Haynes explains.

The lead author of the paper is biological design doctoral student Rene Daer.

The interview on Friday will be Haynes’ second time on “Science Friday.” She was interviewed on the show eight years ago, while she was a postdoctoral fellow at Davidson College in North Carolina, to discuss using bacteria as tiny computers.