Monday was an exciting day for Phoenix as the solar-powered plane, Solar Impulse 2, landed at Phoenix Goodyear Airport for a stop on its trip around the world. Before takes off again next week, you can go see it this Saturday, May 7. 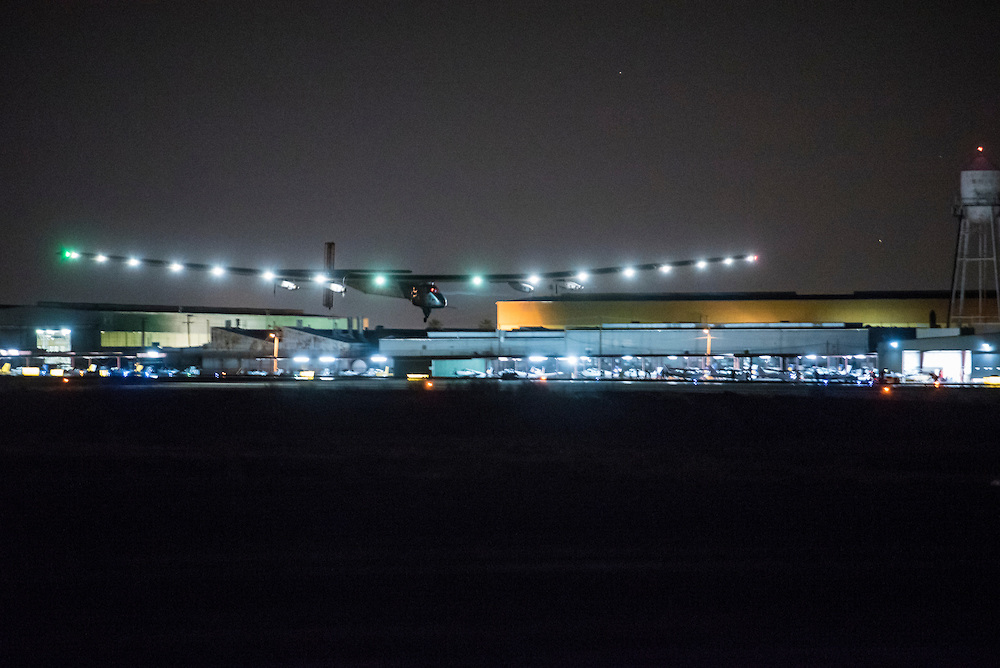 Phoenix, Arizona, May 2, 2016: Solar Impulse 2 successfully landed in Phoenix, Arizona with André Borschberg at the controls, completing the 10th leg of the round-the-world journey. Departed from Abu Dhabi on March 9, 2015, the Round-the-World Solar Flight will take 500 flight hours and cover 35,000 km. Swiss founders and pilots, Bertrand Piccard and André Borschberg hope to demonstrate how pioneering spirit, innovation and clean technologies can change the world. The duo will take turns flying Solar Impulse 2, changing at each stop and will fly over the Arabian Sea, to India, to Myanmar, to China, across the Pacific Ocean, to the United States, over the Atlantic Ocean to Southern Europe or Northern Africa before finishing the journey by returning to the initial departure point. Landings will be made every few days to switch pilots and organize public events for governments, schools and universities. Photo courtesy of Solar Impulse.