Farkash has had two science fiction short stories published, one by ASU’s Center for Science and the Imagination and another by the university’s Imagination and Climate Futures Initiative. 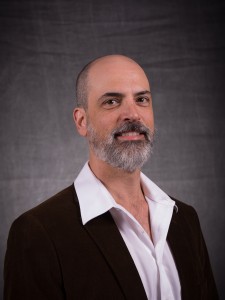 “I am Mars”  tells the story of a future NASA mission using “augmented, geriatric explorers” to colonize Mars.

“From One Cauldron to Another”  relates the experience of a future ASU postdoctoral researcher who finds herself in a “Sonoran Desert fire tornado” while clad in the fire-retardant body armor she has developed as the foundation of her thesis.

Farkash has had his illustrations and poetry published, but the short stories “were the most challenging” of the creative work he has done, he says.

He credits his education and experiences at ASU for honing his artistic and literary skills and for sparking his interest in writing fiction. He earned a bachelor’s degree in fine art in 1998 and returned in 2013 for graduate studies in English.

“The fact that my stories exist is a direct consequence of the fusion between creative desire and the well-calibrated opportunity machine know as Arizona State University,” he says.

“I needed to further my education within a space conducive for intellectual growth. ASU gave me the Center for Science and the Imagination’s Emerge project, the Piper Center for Creative Writing, the Department of English with the brilliance of Professor Tara Ison and Lecturer Paul Cook, and fellow students who were just as engaged and enthralled as I was.” 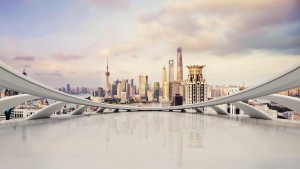 Farkash’s “From One Cauldron to Another” is one of the “flash fiction” stories featured on the Imagination and Climate Futures Initiative website.

Farkash says he was inspired at a young age by the works of science fictions writers Harlan Ellison, Author C. Clark and Isaac Asimov, and television writing icons such as Gene Roddenberry and Terry Nation.

Years later at ASU, Professor Paul Davies, Professor Brad Allenby and author Bruce Sterling were among the “visionaries” who motivated him to begin writing.

Farkash is part of the Engineering Technical Services Windows Server group, the team assigned to keep Fulton Schools of Engineering faculty, students and staff on the leading edge of technology, providing everything from encryption services to “sustainability driven paperless digitation.”

He has several new stories currently “taking shape,” he says. The one nearest to completion is about a NASA astronaut-engineer who is manufacturing an outpost on one of Saturn’s moons and “how he learns that at times the aims of men are darker than starless space.”