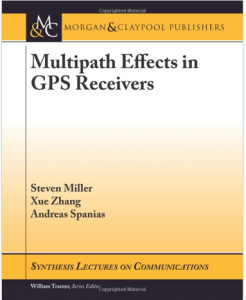 The system is critical to the navigation of aircraft, spacecraft, boats, ships and large construction and agriculture equipment. It is also used to direct military operations, and for autonomous vehicle control systems, geographical mapping and surveying, archeology, geology and related areas.

To reliably provide the pinpoint positioning information necessary for the system to perform effectively requires highly accurate measurements of the time it takes signals to reach the GNSS receiver.

Those measurements can be thrown off due to the multiple paths that various signals take, thereby corrupting estimates of signal paths and timing by creating a time-varying bias.

Spanias is a professor of electrical engineering in the Ira A. Fulton Schools of Engineering at Arizona State University and director of the Sensor, Signal and Information Processing (SenSIP) research center.

Zhang recently earned a doctoral degree in electrical engineering at ASU. She will be joining Intel in Santa Clara, California later this spring.

Miller, the book’s lead author, earned a master’s and a doctoral degree in electrical engineering at the university. He did his doctoral dissertation on the topic that is the focus of the book.

Miller is a former vice president of engineering for Hemisphere GPS, a major designer and manufacturer of GNSS products. He now has his own company, Aperio DSP (digital signal processing), which provides signal design services.

Read more about the book.