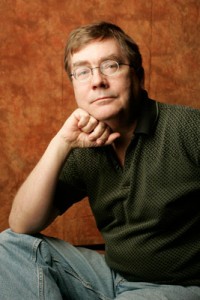 With heavy hearts we announce Gerald Farin died Thursday, Jan. 14. A professor of Computer Science and geometric modeling researcher, Gerald had been known internationally as an intellectual leader in his field for more than three decades. Here at ASU he also was  known to generously provide support, ideas and advice to his fellow faculty.

Dianne Hansford invites you to celebrate his life at a memorial at the ASU University Club on Friday, Jan. 29, from 4-6 p.m. A scholarship at ASU in his name will be announced at this event.

Gerald Farin came to the United States in 1979 at the University of Utah and received his Ph.D. at the University of Braunschweig, Germany in 1980. He worked at Mercedes-Benz in Germany for five years, and then returned to Utah as faculty. Gerald joined the faculty at ASU in 1987. His research and education work in Computer Aided Geometric Design is internationally renowned.

Since he joined Arizona State University, Gerald affected many lives and careers in the Fulton Schools as they’ve grown. He was highly influential in developing the Fulton Schools’ top-ranking Computer Science program. He guided the Computer Science graduate program and served as the Graduate Program Chair. He was a founder and served as co-director of the Partnership for Research in Spatial Modeling (PRISM) lab to bring computer science techniques to the benefit of other disciplines. PRISM’s research has considerably impacted ASU’s Decision Theatre. Gerald also lent his expertise around the world in numerous textbooks, journals and speaking engagements.

His contributions to the field will continue to influence students and faculty for years to come, and those who knew him will miss him greatly.

Read a full account of Gerald’s life and career.