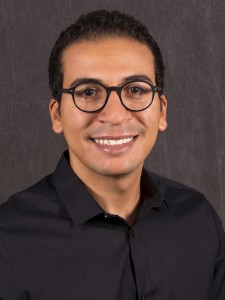 Mohamed Sarwat, a computer science and engineering assistant professor, in the Ira A. Fulton Schools of Engineering, was awarded the Best Research Paper Award at the 16th IEEE International Conference on Mobile Data Management 2015.

The paper “RECATHON: A Middleware for Context-Aware Recommendation in Database Systems,” presents a multidimensional recommender system built entirely inside a database system. This paper is part of the RecDB project, which proposes a unified approach for declarative recommender systems inside the database engine. Recommender systems are becoming extremely common in recent years with programs such as Pandora using data from the Music Genome Project to seed a “station” to play music with similar properties to the requested song or artist. Netflix uses a similar method to recommend movies or television shows you may like based on your previous viewing habits.