Samuel Ariaratnam has been elected to the distinguished rank of Fellow of the American Society of Civil Engineers (ASCE). The organization bestows the honor to recognize members who “have made celebrated contributions and developed creative solutions that change lives around the world.”

Ariaratnam is a professor of construction engineering and management in the Ira A. Fulton Schools of Engineering. 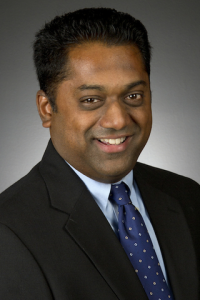 He serves on the faculty of the School of Sustainable Engineering and the Built Environments, including its Del E. Webb School of Construction, and is chair of the construction engineering program.

ASCE, the oldest engineering society in the United States, has more than 150,000 members of the civil engineering profession in more than 170 countries. The honorary role of Fellow is held by fewer than four percent of its members.

Ariaratnam’s expertise is in infrastructure management and rehabilitation, and trenchless underground construction methods. He has authored more than 200 technical papers in the field, holds four patents, and co-authored the book “Horizontal Directional Drilling Good Practices Guidelines and the Pipe Bursting Good Practices.”

He has particular expertise in horizontal directional drilling, a method used to install water, sewer, telecommunication, electrical and gas lines with minimal impact on surface ground.

Ariaratnam has advised numerous municipalities on the use of trenchless technology construction methods to reduce infrastructure installation and repair costs by millions of dollars.

He recently served a three-year term as chairman of the International Society for Trenchless Technology, which has more than 5,000 members through affiliate societies in 34 countries.

He also served six years as a member of the North American Society for Trenchless Technology Board of Directors.

Ariaratnam is currently the secretary for the executive committee of the ASCE Pipelines Division.