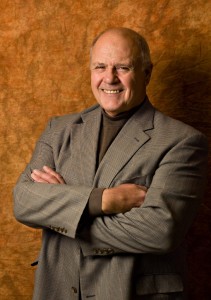 The University of Minnesota considers Arizona State University engineering professor Ron Adrian one of its most distinguished alumni.

Ron Adrian’s stature as a pioneer in mechanical engineering – earned by accomplishments that led to his election to National Academy of Engineering – is being recognized by his alma mater.

The University of Minnesota, where Adrian earned bachelors and master’s degrees in 1967, is bestowing on him its Outstanding Achievement Award for alumni.

Adrian is on the faculty of the School for Engineering of Matter, Transport and Energy, one of the Ira A. Fulton Schools of Engineering at Arizona State University. He is a Regents Professor, the highest distinction bestowed on faculty members of Arizona’s state universities.

The alumni award he will receive is given to those “who have attained unusual distinction in their chosen fields or professions or in public service, and who have demonstrated outstanding achievement and leadership on a community, state, national, or international level.”

After his time at the University of Minnesota, Adrian used a prestigious Churchill Scholarship to attend Cambridge University’s Churchill College in England, where he studied under some of the foremost experts in fluid dynamics and mechanics.

Over the next four decades he would make major contributions to the field, winning numerous awards for advances, including development of techniques and tools that inspired new kinds of research endeavors, earned patent awards and spawned new branches of industry.

Many labs specializing in fluid mechanics use systems based on Adrian’s work. His publications have been cited more than 25,000 times in research papers by other engineers and scientists, and in 2005 the Thompson Reuters publishing corporation listed Adrian as one of the 250 most highly cited engineers in the world.

As an educator, he has supervised and mentored dozens of doctoral students who have gone on to prominent careers in national laboratories, industry and academia.

Adrian’s exceptional career will now be commemorated by the inclusion of his name on the granite surface of the University of Minnesota’s Alumni Wall of Honor at the entrance to the campus’s Scholars Walk.