Congratulations to Edward Kavazanjian Jr., Ira A. Fulton Professor of geotechnical engineering in the School of Sustainable Engineering and the Built Environment, on being named as Regents’ Professor for the 2014-2015 academic year. He is among four ASU professors who have joined the ranks of the highest faculty honor at the university. 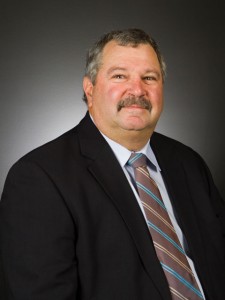 The title is conferred on full professors who have made exceptional achievements that have brought them national and international distinction.

Kavazanjian is particularly well known for his work on analysis, design and construction of landfills and waste-containment systems, especially earthquake loading. His contributions in earthquake engineering have crucial importance to catastrophic events that occur with frequency.

Kavazanjian was elected into the National Academy of Engineering in 2013. He has also received a number of prestigious awards in recognition of his scholarship, including awards from the most recognized and respected civil engineering organization in the world.

Most recently, Kavazanjian has become a pioneer in the newly emerging field of biogeotechnical engineering.

To read the full story on the newly named Regents’ Professors, go to ASU News.