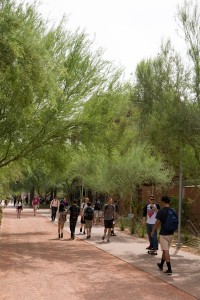 The Polytechnic School Awards Committee is seeking nominations of students, staff and faculty for the following awards:

The awards will be presented during the third week of April. Nominations are due by March 20, 2015. All nominations should be sent to Al Brown at al.brown@asu.edu.