The Fulton Difference Award honors the invaluable contributions of a Fulton Schools staff member or team for their outstanding dedication, competence, conscientious performance and ingenuity in promoting the Ira A. Fulton Schools of Engineering and ASU.

The IMPACT Awards are designed to promote, recognize and reward excellence in contributions made to the Fulton Schools and ASU, through innovative projects, accomplishments in performance, achievements in customer service and exemplary leadership.

Nominations can be made now and must be submitted by March 1, 2015 to be considered for this year’s award process. Awardees will be announced at the Service and IMPACT Awards Luncheon held on April 3, 2015 (more information to follow). 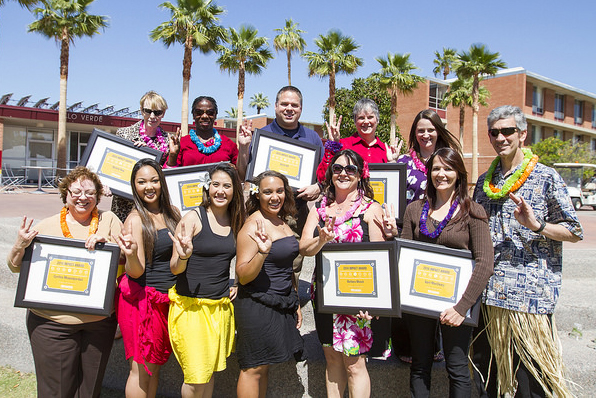