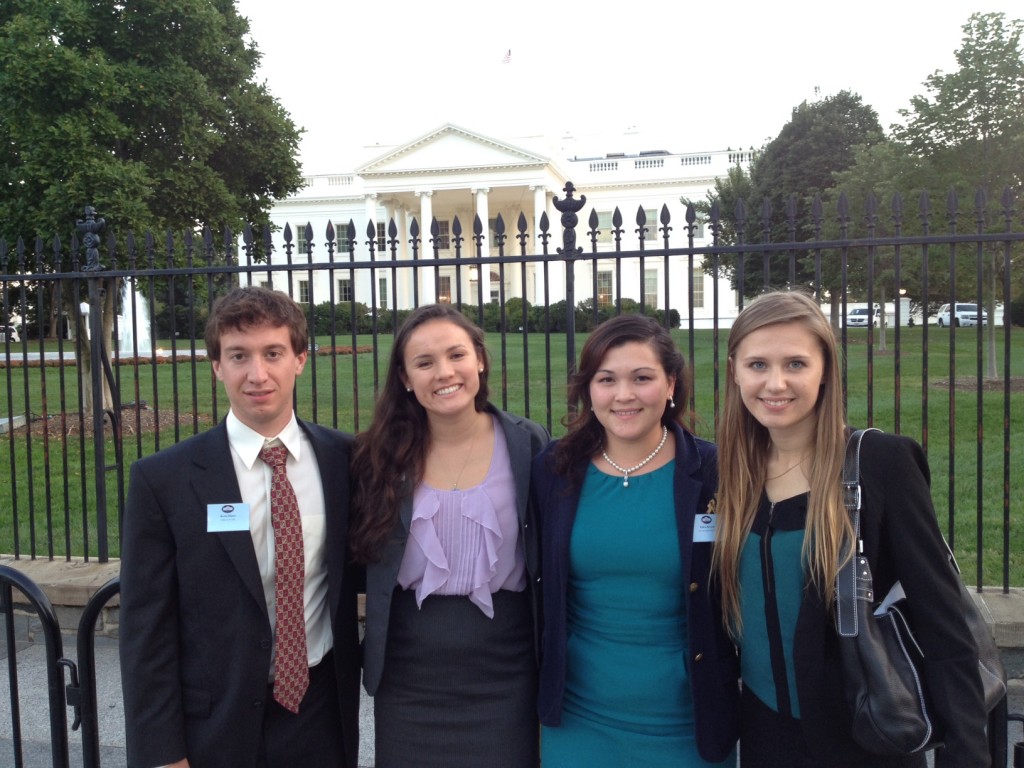 The event brought together representatives from research organizations, national laboratories, foundations and companies that have aligned their research goals with those of the BRAIN Initiative (Brain Research through Advancing Innovative Nanotechnologies) established by President Obama’s Administration.

Krämer was among three college undergraduate students and a graduate student at the conference whose studies and research interests also align with the aims of the initiative. The students represented the National Academy of Engineering Grand Challenge Scholars Program.

Students in the program take courses of study designed to prepare them to contribute to solving the Grand Challenges for Engineering in the 21st century as defined by the national academy. One of the 14 Grand Challenges is Reverse-Engineering of the Brain.

Krämer was invited to the conference in part because of her work as a research assistant at ASU in the Neural Control of Movement Laboratory, directed by professor Marco Santello, a neuroscientist and the director of the School of Biological and Health Systems Engineering, one of the Ira A. Fulton Schools of Engineering.

In addition, she gained more research experience this past summer by winning a Flinn Scholars Internship, enabling her to work at the Arizona Center on Aging and the Interdisciplinary Consortium on Advanced Motion Performance, both based at the University of Arizona.

Krämer wrote about how a close friend’s experience with a neurovascular disorder influenced her decision. Read the blog post.

She was able to attend the conference with support from an Experiential Learning Grant, which are available exclusively to ASU Grand Challenge Scholars students.