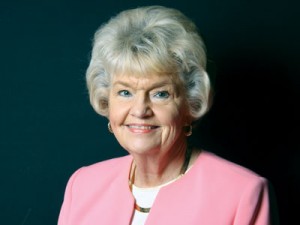 Women & Philanthropy has a pooled fund in the ASU Foundation to provide funding in support of advancing ASU as a New American University. Funds support initiatives and programs that help fulfill the vision of excellence, access and impact.

Women & Philanthropy offers a Category A grant which funds one grant in the amount of $100,000 to a program that emphasizes one or more of the guiding principles of the New American University–academic excellence, broad access, and meaningful, positive impact on the economic, social, cultural and environmental health of the diverse communities we serve.

The 2012 recipient of this grant is the Motivated Engineering Transfer Students (METS) program, administered by Mary Anderson-Rowland, associate professor of industrial engineering in the Fulton Schools of Engineering.

The METS program provides engineering and computer science community college transfer students a solid platform of workshops, mentoring, a study center with computer and printing access, and a variety of student resources and events to enhance students’ transition to ASU. The METS Center and its resources offer transfer students a successful transition into university life and to obtaining a four-year engineering/computer science degree.

She served as a statistical consultant to a variety of industry from 1973 to 1995, when she became the first woman appointed as an associate dean in Engineering. Anderson-Rowland has served in a variety of administrative appointments including assistant to the Dean in the College of Liberal Arts, graduate student coordinator, associate chair for industrial and management systems engineering and associate dean of Student and Business Affairs.