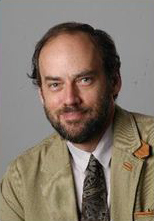 All widely used software abstractions lack temporal semantics. The notion of correct execution of a program written in every widely used programming language today does not depend on the temporal behavior of the program. But temporal behavior matters in almost all systems, particularly in networked systems. Even in systems with no particular real-time requirements, timing of programs is relevant to the value delivered by programs, and in the case of concurrent and distributed programs, also affects the functionality. In systems with real-time requirements, including most embedded systems; temporal behavior affects not just the value delivered by a system but also its correctness.

This talk will argue that time can and must become part of the semantics of programs for a large class of applications. To illustrate that this is both practical and useful, we will describe recent efforts at Berkeley in the design and analysis of timing-centric software systems. In particular, we will focus on two projects: PRET, which seeks to provide computing platforms with repeatable timing, and PTIDES, which provides a programming model for distributed real-time systems.

Biography
Edward A. Lee is the Robert S. Pepper Distinguished Professor and former chair of the Electrical Engineering and Computer Sciences (EECS) department at UC Berkeley. His research interests center on design, modeling and simulation of embedded, real-time computational systems. He is a director of Chess, the Berkeley Center for Hybrid and Embedded Software Systems, and is the director of the Berkeley Ptolemy project. He is co-author of five books and numerous papers. He has led the development of several influential open-source software packages, notably Ptolemy and its various spinoffs. His bachelor’s degree (B.S.) is from Yale University (1979); his master’s (S.M.) is from MIT (1981); and his Ph.D. is from UC Berkeley (1986). From 1979 to 1982, he was a member of technical staff at Bell Telephone Laboratories in Holmdel, N.J., in the Advanced Data Communications Laboratory.