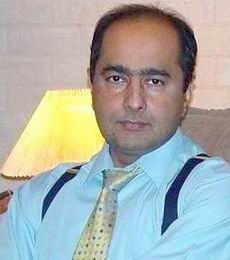 Energy is one of the most valuable and scarce resources available to humanity, a significant portion of which is now being consumed to power up computers and their accessories. In particular, high-performance parallel and distributed computing systems, including data centers, supercomputers, clusters, real-time systems, embedded architectures and grids not only consume considerable amounts of power but also require extensive air-conditioning. The explosive growth in computing is leading to rapidly increasing consumption of precious natural resources such as oil and coal, strengthening the looming danger of an energy shortage. The conversion of these resources to electricity results in carbon emissions that can negatively affect the environment, a threat that is continually escalating. However, energy saving usually comes at the expense of performance. Power-aware “green” computing requires a comprehensive and multidisciplinary approach that involves myriad research challenges. In this talk, we present our research activities pertaining to various aspect of energy and performance optimization in parallel computing environments. We propose multi-objective optimized scheduling algorithms and tools that can save energy while ensuring performance. We propose game theory based scheduling algorithms that simultaneously optimize energy and quality of service. Our game theoretic techniques not only yield efficient solutions for this problem with low overhead, but are also flexible to self-tune for accommodating various problem scenarios and management policies.

biosketch
Ishfaq Ahmad received a B.Sc. degree in Electrical Engineering from the University of Engineering and Technology, Pakistan, in 1985, and an M.S. degree in Computer Engineering and a Ph.D. degree in Computer Science from Syracuse University, New York, in 1987 and 1992, respectively. He has been a professor of Computer Science and Engineering at the University of Texas at Arlington since 2002.  Prior to that, he was an associate professor of computer science at the Hong Kong University of Science and Technology. His research focus is on the broader areas of parallel and distributed computing systems and their applications, optimization algorithms, multimedia systems, video compression, and energy-aware green computing. Ahmad has received numerous research awards, including three best paper awards at leading conferences and 2007 best paper award for IEEE Transactions on Circuits and Systems for Video Technology, IEEE Service Appreciation Award and 2008 Outstanding Area Editor Award from the IEEE Transactions on Circuits and Systems for Video Technology. His research work in parallel computing and video compression is widely cited.

His current research is funded by the U.S. Department of Justice, National Science Foundation, SRC, Department of Education and several companies in the U.S. He is the founding editor-in-chief of the new Journal, Sustainable Computing: Informatics and Systems, and co-founder of the International Green Computing Conference (IGCC). He is an editor of the Journal of Parallel and Distributed Computing, IEEE Transactions on Circuits and Systems for Video Technology, IEEE Transactions on Parallel and Distributed Systems and Hindawi Journal of Electrical and Computer Engineering. He is a Fellow of the IEEE.

This lecture is hosted by Sandeep Gupta.