Dean Kamen, an engineer, entrepreneur, inventor and founder of FIRST (For Inspiration and Recognition of Science and Technology), spoke to engineering leaders, faculty and students at Arizona State University about the importance of STEM education and his own efforts to inspire young people through FIRST programs. The event was part of the Arizona SciTech Festival.

Kamen believes there is a demand crisis in our education system. “We don’t have a sports or entertainment crisis in America.”

Founded in 1989, FIRST aims to create “a world where science and technology are celebrated… where young people dream of becoming science and technology heroes.” In 1998, FIRST paired with the LEGO Group to form the FIRST LEGO League, an international robotics competition for elementary and middle school students. Students are judged based on teamwork, technical presentation, a research project and the robotic competition where student’s robots complete various tasks on a playing field.

In comparing sports to engineering, Kamen states, “the only difference is that every kid on our teams can turn pro.”

Kamen stated that FIRST programs are reaching more students, and proving to be successful:

Steve Sanghi, chairman, president and CEO of Microchip Technologies, who was at the breakfast event with Kamen, noted that his own children have participated in the program “giving them skills that last a lifetime.” He says that FIRST LEGO League helps increase motivation and grades in school, preparing students for future internship and job opportunities.

ASU’s Ira A. Fulton Schools of Engineering is an Operational Partner with FIRST LEGO League, overseeing the program in Arizona and sponsoring the state championship robotics competition.

FIRST programs reach over 250,000 students worldwide and have attracted support from over 3,500 corporate sponsors. A scholarship program with approximately 160 providers funds over $14 million in FIRST scholarships. 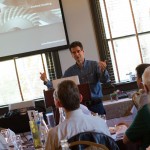 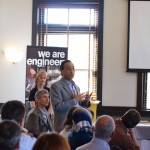 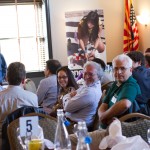 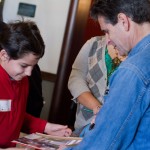