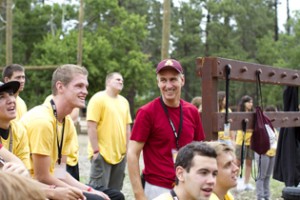 Each year, the awards ceremony recognizes engineers, students, educators and projects that have made outstanding contributions to the engineering profession. The event is part of National Engineers Week.

As the engineering schools’ associate dean of academic and student affairs since 2006, he led a transformation of the student experience through several innovative new programs and strategic expansion of existing programs that enable students to achieve success in and beyond the classroom.

Collofello and his team developed E2 Camp, a three-day orientation camp for new freshmen. He has retooled introductory engineering courses and formed a team of lecturers engaged in curricula development. Another pivotal part of the reinvention of the first year experience under Collofello’s guidance is the Freshman Career Exploration Night.

Last year, Collofello was honored with the Daniel Jankowski Legacy Award in recognition of the value of his efforts to advance the mission of Fulton Engineering.

Collofello joined ASU in 1979. He serves as professor in the School of Computing, Informatics, and Decision Systems Engineering. 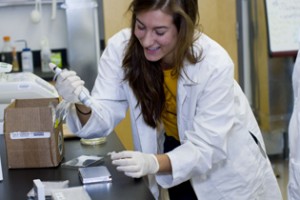 Madeline Grade, senior in biomedical engineering, has not only an impressive list of achievements; she has been an advocate for engineering both on and off campus.

In 2011, Grade was selected to give a presentation at an American Academy of Neurology meeting—an opportunity rarely offered to an undergraduate—on the epilepsy research she has participated in at ASU’s Brain Dynamics Laboratory and Mayo Clinic, where she has been a premedical scholar since 2009.

She is an ASU Presidential Merit Scholarship winner. She has twice won Excellence in Engineering Leadership awards and the Hans Hartjens Commitment to Service Award from Fulton Engineering.

She was accepted into Alpha Eta Mu Beta, the biomedical engineering honor society. She has served as outreach coordinator and president of ASU’s student chapter of the Biomedical Engineering Society, and co-founded the Ambassador program which supports current students and recruits students to the School of Biological and Health Systems Engineering.

In the community, Grade has done work with PROJECT C.U.R.E. (Commission on Urgent Relief & Equipment), the ASU student chapter of Engineers Without Borders, and has tutored middle school and high school students in the Phoenix metropolitan area in science, engineering and math.

Grade was recently awarded one of the most prominent post-graduate scholarships given to college and university students in the United States, the Marshall Scholarship. The scholarship funds two to three years of graduate study. After graduating from ASU in May, she plans to study at University College London’s world-renowned UCL Institute of Neurology.