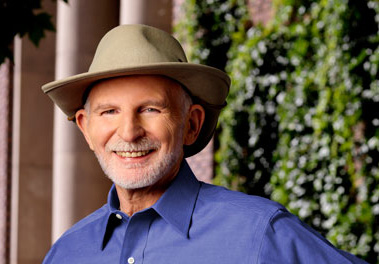 Most of you know that Milt Glick passed away suddenly last Saturday, April 16. Milt has served as the president of the University of Nevada, Reno since 2006 but many of you knew him as the provost of ASU, a position that he held for 15 years. Milt used to joke that he was the longest-lived provost in captivity. Milt was instrumental in ASU’s transformation and he played an important role in the transformation of our Engineering school. His early investments in engineering—and his high expectations for our research and scholarship—helped to create what we are today.

Milt entered university life as a student and never left. His entire life was dedicated to higher education. He served as a faculty member, chair, dean, provost and finally president at a number of public institutions across the Midwest and West. His experiences made him an empathetic colleague and an insightful mentor and leader. Milt devoted significant time to mentoring future provosts through the ACE fellows program. He also made time to mentor countless graduate students while serving as both provost and president.  Milt also loved the faculty: he called them “the heart that beats within our institution, our engine of teaching, scholarship and creative activity.”

Milt was an early adopter of technology and was well known for test-driving the latest computer and gadget: the Mac, Rex cards, every flavor of smart phone and the first Blackberry user at ASU, tablets before they were widely available, smart boards, portals—he was ready and willing to jump right in, always looking for a ways to improve that way that we do things. He loved technology but he also referred to himself as a technoskeptic: he believed that technology held great promise but that too often in higher ed, the outcomes fell too far short of the promise.  He often wrote and spoke about the intersection of higher ed and technology for national audiences.

But most of all Milt cared about students. He cared about persistence and graduation rates, student-athletes and unemployed Ph.D.s. He wanted students to be successful in the classroom and happy in life and he took his responsibilities related to student outcomes, very, very seriously. He also believed that Arizona and Nevada needed many more college graduates to ensure sustainable prosperity into the future. Milt was deeply concerned that too few students had the chance for college and worked tirelessly to reverse this trend. He advocated that education was both a public and private good. Sure of its vital importance to democracy and happiness, Milt spent countless hours convincing others to invest in higher education. He also believed that a key to the success of public institutions is to create a place that will attract the best and brightest students—like National Merit Scholars—to public institutions like ASU or UNR. Having the best students in the classroom was something Milt believed to be a game changer: when faculty knew that they were teaching the best students that it elevated the experience for all students. And Milt built public institutions where the imperative to provide opportunity and access is balanced with the desire to recruit the best and brightest.

In his inaugural address at the University of Nevada, he said:

“We will start where we are and we will create our destiny; refusing to accept only the circumstances offered us. We will strive to recruit the best and brightest from Nevada and beyond. While we will continue to have students who come to us having demonstrated their ability to succeed, we will have others who come to us with the determination to succeed—it will be up to us to unlock their full potential.”

Milt was short in stature but larger than life. His sense of humor, care for students and his penchant for belting out Broadway show tunes impressed and delighted his many colleagues.

He often concluded his commencement addresses with the following:

“I hope that you will suffer through one last bit of advice not from a university president but from a father and a human being. This life, even for the long-lived is too short. Do not be afraid to live your life; forgive others when you need to—it will always be worth it; hold your loved ones close; go out and do good.”

Public universities have lost a tireless champion. Milt will be missed by many, including those of us who worked closely with him while he was ASU’s provost: myself, Jake Kupiec and Lynn Carpenter.

There are many online appreciations for Milt: